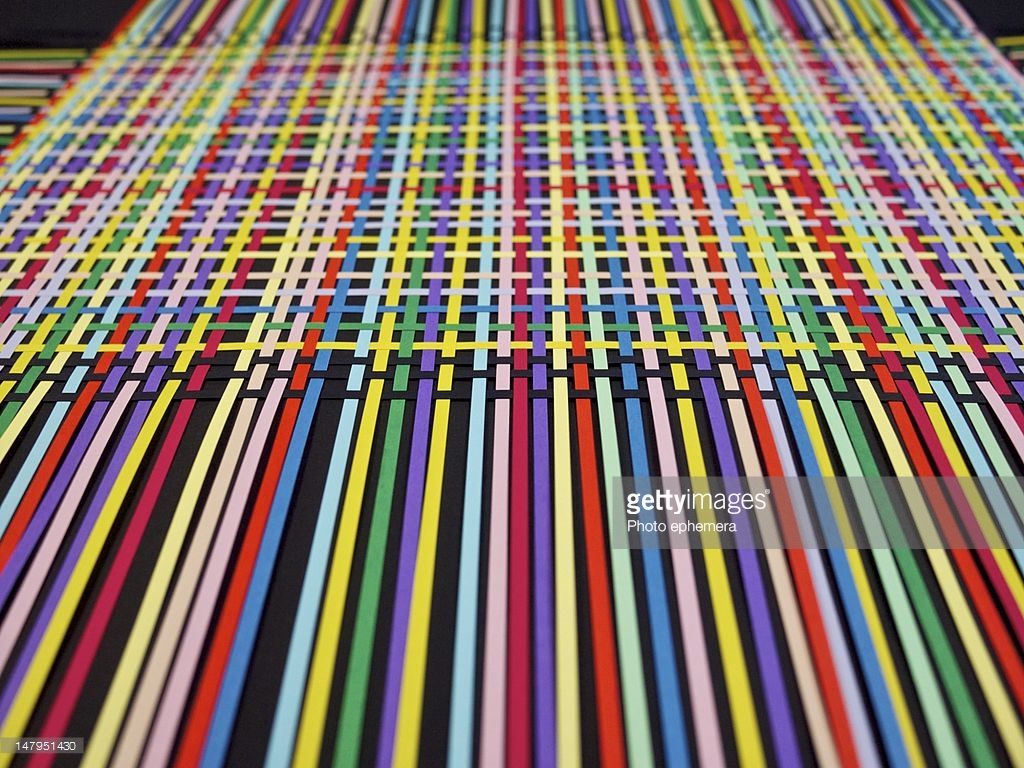 Here’s something I wrote a little more than a year ago for the American Leadership and Policy Foundation (alpf.org) that’s even more relevant today than it was then.

It’s “the state of forming a complete and pleasing whole, especially in an artistic context” according to Google, and to Merriam-Webster it’s “a way of combining the parts in a work of art or literature so that they seem to belong together.”

It’s what has made our nation strong, and a lack of it will lead to our demise. Can you guess what it is? I’ll tell you what it isn’t: diversity.

Diversity comes from the Latin word “divertere,” which is the root for “divert” as in “divert someone’s attention.” Diversity places the emphasis on what makes something or someone distinct. In some contexts, this is a good thing. Diversity is a key word in the personal financial realm. It’s an asset when you’re seeking solutions to complex issues. It’s also a lynchpin that makes Capitalism function well.

America was once referred to as a “melting pot” where people from diverse backgrounds and culture came, assimilated and became known as Americans. These were our grandparents, great-grandparents and so on. I for one am a diversity of European descent, having blood from at least five countries ranging from Greece to Norway to Ireland. Many Americans can claim at least two or three cultural and ethnic backgrounds, and that’s one of the things that makes the United States such an eclectic and exciting culture.

Think of America like a complex and colorful rug that’s woven together with millions of individual threads of various colors and textures that, when combined, create a stunning work of art. Does that bring to mind the definition in the opening sentence? That is a definition for the word “Unity.”

While it’s possible to examine that rug, dissect it, analyze the history of each thread and label every hue and texture, it’s also possible, and I would argue preferable, for it to be enjoyed as an exotic rug that can serve its purpose so long as it remains a unified whole.

What if the orange threads all decided their orange-ness was more important to them than their distinct and valued place in whole rug and decided to leave the rug altogether? What if the green threads wanted to be recognized for their uniqueness and expected all the other colors to celebrate their green-ness while ignoring the contribution of the reds, blues and purples? What would happen if each color decided to form a group on one part of the rug, and all the threads of a certain length decided to do the same? It would be a textile disaster.

A rug made with all red, all brown or all blue threads is just as much a valid rug as the “American rug” described above. I don’t want to take anything away from one color or texture, as they all possess their own beauty, uniqueness and purpose. In the same way, I don’t want anyone to think I am unappreciative of the diverse people who make up this idea we call “America.”

There’s no way, and no reason, to discount or ignore the rich histories, struggles, successes and contributions of Asian Americans, Pacific Islanders, Irish Americans, African Americans, Hispanics, Caucasians and everyone in between. However, and here’s the crux of the issue, we should not focus so intensely on what makes us different, but rather what unifies us.

Take a look at this trend analysis found by doing a word definition search on Google.com for the word “unity.” Notice the steep decline starting in the 1960’s? Now, look at the diagram below that showing the shape increase in the use of the word “diversity” starting around the same time. 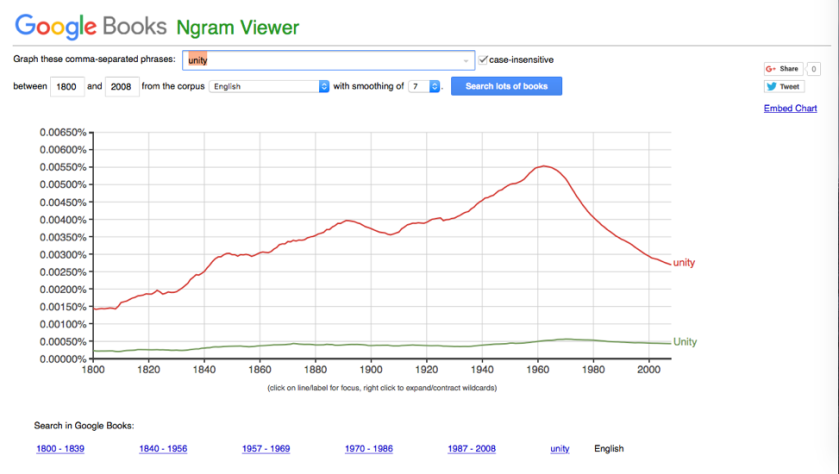 With those images in mind, think about America in the past 50 years. Has the nation become more unified and strong, or divided and weak? Is there more racial harmony because of all the diversity awareness classes and “look at what makes me different than you” celebrations?

No! We’re a nation at each other’s throats. Politicians are increasingly divisive. The people are increasingly divided and less tolerant. Instead of looking at each other and seeing a fellow American who bleeds red, white and blue, we see someone who is different and has competing interests. American flags are being lowered from college campus flagpoles because they don’t want to offend someone by being patriotic and proud of being an American. Many people no longer stand or put their hand over heart when they hear the Star Spangled Banner playing. A surprising number of college students have no idea what July 4th is all about, except an excuse to get drunk and watch fireworks.

America is just a place to live now. Nationalism faded away along with telephone booths and road maps, and maybe even before that. It used to mean something to be an American. It meant you were part of something greater than yourself. It meant you were part of the most successful, powerful, prosperous nation in the history of the world, and you were just as much of an American as the person standing next to you with a different shade of skin or social class. When times got tough, American’s pulled together and unity prevailed. What will happen now when things go downhill? What has happened?

Look at the recent Islamic-inspired terrorist attack in Orlando. Instead of rallying together, caring for the families of those hurt and killed, seeking justice and calling the Islamic terrorist for what he was, fingers started pointing in all different directions. “Gun owners and the NRA are at fault,” “Homophobic Christians are at fault,” “Republicans are at fault.” Everyone is at fault except for the guy who pulled the trigger and those who perverted his mind with radical Islamic ideology. The moment the shell casings hit the floor, we were a divided nation.

What happened after this tragic attack in Orlando is only a foretaste of what’s to come in this country until and unless we can stop myopically focusing on what makes us different, and start embracing and emphasizing what unifies us – starting with the fact we’re all humans made with intrinsic value and worth endowed by our creator.

The Declaration of Independence contains these words: “We hold these truths to be self-evident, that all men are created equal, that they are endowed by their Creator with certain unalienable Rights, that among these are Life, Liberty and the pursuit of Happiness.”

That’s a great place to start. From there, we can move on to things like the common struggles, hopes and dreams of human existence, then our commonalities as Americans, and so on.

E Pluribus Unum – Out of Many, One – the great motto of these United States. Let’s not allow it to become “E Pluribus Pluribus” – Out of Many, Many. It has long been said and remains true – united we stand, divided we fall.