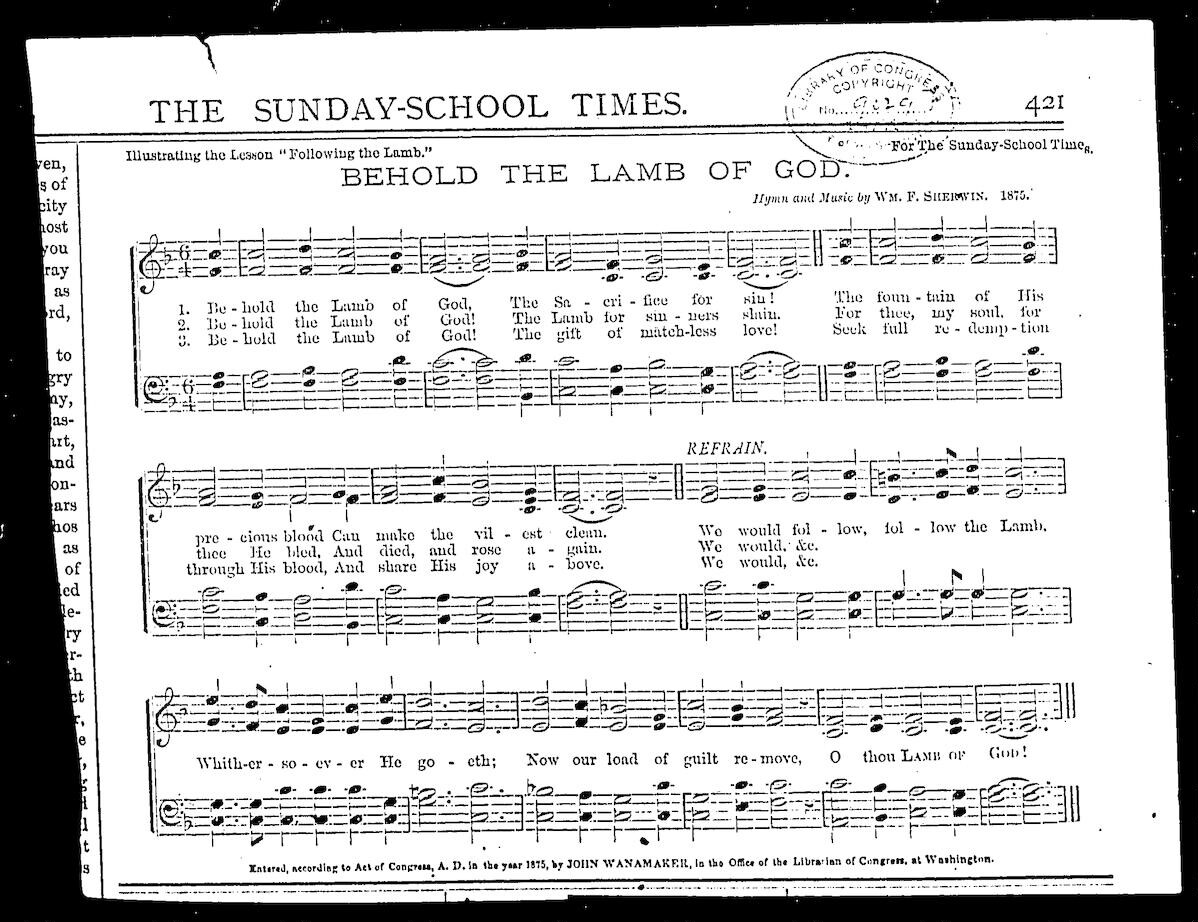 If the author of Ecclesiastes could say nearly 2,500 years ago there’s “nothing new under the sun,” how much more can that proven true today? I could go any number of directions with that leading sentence from war to crime to sin, but I’m going somewhere else with this – music. More specifically, the music written and sung by those most generally identified as Christians.

I recently got on iTunes to check out a new album by an artist who has a number of songs I enjoy. In his early years, he did a number of “covers” of modern worship songs and even some hymns. As he matured he wrote some pretty good music that was both lyrically compelling and instrumentally, uncommonly good (compared to most other contemporary Christian music, or CCM). However, it seems his popularity and quality of music have been inversely proportional, and, worse, most of the lyrics I heard on this new album are nothing more than microwaved Christian clichés.

I’m planning to do more here than just write a negative critique for an unnamed album, so bear with me. The thought that really struck me as I sampled this artist’s new album was how it seems many modern songwriters have strayed farther and farther from the original source of inspiration for historically and theologically sound songs – the Scriptures – and have rather learned to draw from other songs, pithy quotes and clichés. Can I just say here that if I hear another CCM/worship song about oceans and deep waters, I might just defenestrate my iPod!

Hymn writers in the days of yore certainly employed creative license and wrote from their hearts, but, in my opinion, didn’t stray far from the very book wherein Christians are admonished to sing “Psalms, hymns and spiritual songs” to the Lord. If we want to know how creative and emotive we can and should be as we try to describe our relationship with God and the nature of His character, the Psalms are an amazing resource. There have been lyrics in the past I questioned because of how odd they sounded (like being under the shadow of God’s wings or God singing over me), but have found them to actually be based in the Scriptures. However, and it’s a big “however,” there are far too many songs, especially modern ones, that have come untethered from historical, orthodox and even Biblical themes. Or, as in the case of the album I was reviewing, songs have become the fulfillment of the Ecclesiastical quote from the opening sentence and offer nothing but worn out thoughts about God and His love.

SIDEBAR WARNING! Don’t even get me started on the overemphasis on God’s love and all the borderline heretical songs that elevate me and my supposed worth as the motivation for it. Moreover, so many CCM songs about God’s love could easily have the name “God” removed and replaced with “guy” or “girl” or some other pronoun and be a pop or country hit. The definition and expression of love in many CCM songs has devolved into the same kind of fleeting, “I love you because you make me happy” type of emotion found in secular music rather than the deep love of Christ “that surpasses knowledge” that Paul the Apostle tried to convey in his letter to the Ephesians. End Sidebar.

What’s the point of all this? To encourage the Saints to listen and worship critically, and songwriters to look to the Scriptures more than other sources for inspiration. While it’s true there are many great hymns and even some sound praise choruses and songs, they should not be where we turn when we verify the theology of what we sing and listen to (I’m implying here that’s something we should be doing). A lyric is not valid just because Isaac Watts, John Newton or Chris Tomlin wrote it once in a popular song.

Whether we want to admit it or not, I believe our theology is influenced more by the music we listen to and the songs we sing than anything else. Because of that, I contend that there are so many songs out there that cover the whole spectrum of genres that there’s no good reason I can find to settle for listening to (or writing) songs that are Scripturally or theologically unsound, confusing or ambiguous, and that includes reheated jumbles of Biblically nuanced lyrics served up on the platter of the latest CCM hit. Since we are told to sing a “new song” and since we love and serve an infinite God, we have just cause to continue producing and singing songs that are relevant to our culture and time in redemptive history. However, that does not give us license to allow culture (past or present) to shape our hymns and spiritual songs more than the Scriptures, nor should we tolerate the mashing up a few churchy sounding lyrics into songs that prove there’s nothing new under the sun.