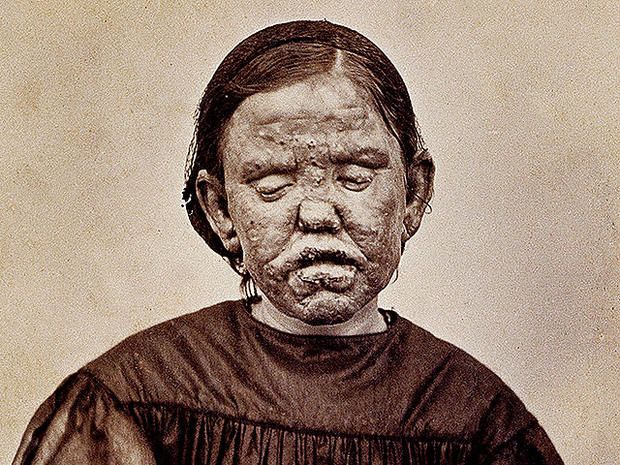 Picture this scene in your mind: You’re part of the crowd that has just spent the past couple hours listening to Jesus of Nazareth teaching the most astonishing things you’ve ever heard. The air is alive with the excited chatter of thousands of people and constant swirls of dust being kicked up from the countless feet and then carried aloft by the sea breeze. Then, all of a sudden you hear faintly among the clamor, “Unclean!” You look around quickly, wondering if you’ve misheard. Then you hear it again, but this time it’s clear … and near, “Unclean!”

The people behind you part as if Moses himself had split them as the sea, and then you see him – a leper. Gross. Smelly. Blood and other fluids seeping through the bandages placed about his arms, legs and neck in a vain attempt to hide the vileness beneath. You rapidly move and become part of the undulating flow of the expanding and contracting void opened for this man to pass untouched. You didn’t realize how closely you had been walking to Jesus, as the movement of the crowd reveals the Good Teacher not 10 cubits in front of you.

Jesus stops and turns around to see who this person is who is causing such commotion. Everyone stands as still as Lot’s wife after she turned to see Sodom and Gomorrah, and not a sound is heard except for the soft shuffling of the shunned man’s feet as he approaches Jesus. The Master remains fixed in his position and his look of compassion on the man, who falls on his face at Jesus’ feet and cries out, “Lord, if you will, you can make me clean.” Then, to the sheer horror of the people, the famous carpenter reaches out his sturdy hand and lays it directly upon the filthiest part of the man’s wrappings. Gasps are heard escaping the shocked crowd, but they are quickly drowned out by the voice of Jesus saying, “I will; be clean.”

You watch in utter amazement as the visible marring of the skin disease on the man’s face heals instantly. The man stands up and Jesus gently removes the soiled bandages to reveal the most perfect, healthy skin you’ve ever seen. The man looks at his body in awed silence and attempts to stutter out a “thank you” to Jesus, but is interrupted. “See that you say nothing to anyone, but go, show yourself to the priest and offer the gift that Moses commanded, for a proof to them.” The man then breaks into a run in the direction of the Synagogue to do as Jesus had said, but, as you later learn, he only partially obeyed in that he spread the news to everyone he could about what Jesus had done for him.

Leprosy was a name for multiple infectious skin diseases in the Bible, and there were very clear instructions provided in the Law (Leviticus in particular) about how it was to be dealt with. Sadly, those who were infected were banished from society and lived lonely, miserable lives until their disease or subsequent infection killed them.

Many times in the Bible, this terrible aliment is analogous with sin – it’s filthy, we attempt to cover it up, it affects relationships, and, eventually, it leads to death. No matter how many times we wrap gauze and bandages around our sin, eventually it seeps out; and, just like the leper in this story, we need the touch of Jesus. The application of this passage for us is, like the man in this story, to not let people or social norms or anything else keep us from coming to Jesus in all of our filth, brokenness and sickness to seek healing from the only one who can give it. Just as Jesus stated so loving his willingness to heal the leper, he tells us in John 6:37, “All that the Father gives me will come to me, and whoever comes to me I will never cast out.” (Emphasis mine)