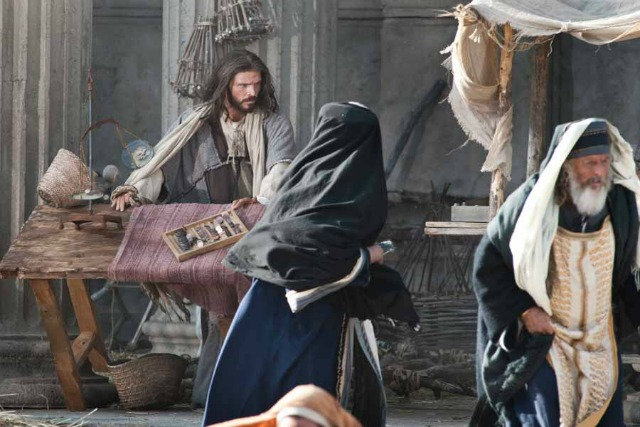 Have you ever been angry? How about while at church? Did you know Jesus got angry in a place of worship (besides the time he flipped the moneychanger’s tables in the Temple)?

Matthew chapter 12 (and the parallel passages in Mark 3 and Luke 6) started out peacefully enough. It was likely a sunny autumn Sabbath morning in Judea and Jesus and his disciples were taking a leisurely stroll through a wheat field, smelling the ripening grain and feeling it tickle their hands as they walked along. As they went they realized they had not yet had breakfast, so the disciples decided to snap off a few heads of wheat and began rolling them around in their hands to remove the chaff so they could then have a small snack. Then, they showed up.

The Pharisees seem to pop up out of nowhere, bent on harassing Jesus and his followers. They took it upon themselves to “inform” Jesus his law-breaking disciples were out of control, picking, rolling and eating grain on the Sabbath! They did this, of course, to test him. They wanted to know if he’d turn around and chastise his rebellious followers and put them in check. Rather, Jesus challenged the “religious police” by reminding them of “that one time” King David – the most revered king in Jewish history – broke the law of Moses when he and his men were on the verge of starvation. Not done, Jesus also reminded them of how the priests who served on the Sabbath got a pass on observing the Law so they could fulfill their duties. Still not done, Jesus basically made a mic-drop statement, saying he is “lord of the Sabbath.” This was an audacious claim since the Sabbath goes back past Moses and the Law all the way to the very creation of the world when God rested on the seventh day of the week and declared it holy. If Jesus is the “lord of the Sabbath,” then he was saying nothing short of, “I am the Creator God.”

Not to be deterred from attending synagogue that Sabbath, Jesus and his disciples resumed their journey to that end. Upon entering the place of worship, Jesus saw a man with a deformed hand. It’s not clear from the text, but it’s possible the Pharisees intentionally had this man there at that time to again test Jesus so they could find fault with him. Either way, Jesus didn’t pass up the opportunity to heal the man. However, Jesus wasn’t exactly overflowing with what we might consider expressions of love and compassion at that moment.

In the three parallel passages of the “Synoptic Gospels” (Matthew, Make and Luke), Jesus challenged the Pharisees again by asking a rhetorical question, “Is it lawful to do good on the Sabbath?” He even used the example of a sheep falling into a pit and asks, again rhetorically, if they would pull it out. Of course, the answer to both questions is “yes,” which put the Pharisees in an uncomfortable position. So they stood there silently, unwilling to concede.

Imagine the scene at that moment. There was the disabled man awkwardly standing in the middle of an expectant crowd, wondering what he should do and what was about to happen. There were people all around, including Jesus’ disciples, watching this tense standoff. There were the Pharisees who had just been bested by Jesus standing there in silent indignation. Then, there was Jesus – Jesus who is always full of compassion, love, mercy and wisdom … and he’s ticked.

The Bible says “And [Jesus] looked around at [the Pharisees] with anger…” Imagine Jesus turning slowly around making eye contact with each of the Pharisees with a look of fury on his face. Now, it was not out-of-control rage Jesus felt because his authority was being challenged. Mark’s account tells us Jesus’ anger was rooted in grief “at their hardness of heart.” Jesus was angry, but he was also simultaneously full of grief … for the people. He was angry “and yet without sin” because his motives were pure.

We’re told in Ephesians 4:26 to “Be angry and do not sin.” This could even mean being angry in church, like Jesus was. However, our anger must be correctly rooted in order to be “righteous anger.” Most often we are angry because someone has sinned against us. We have been wronged, offended, slighted, annoyed, inconvenienced, embarrassed. Our rights have been threatened or curtailed. Our comfort has been diminished. See the difference? Jesus’ anger was rooted in grief over sin and for the people, even his “enemies.” He was angry because a man who needed compassion and healing was being used as leverage by the very ones who should have been moved to help him. He was angry because the Pharisees were those who were slamming the door of the “Kingdom of Heaven in people’s faces” (Matthew 23:13), and that Sabbath day was no exception. Jesus’ anger was ultimately motivated his love for people. Our anger, by stark contrast, is far too often rooted in our love for ourselves.

Thus, anger is not inherently sinful. It cannot be, because Jesus felt and demonstrated it. Rather, it’s our motives and actions that are sinful. It’s absolutely righteous to be angry when we see the effects of sin causing pain, suffering and death on others (it gets a little precarious when we ourselves are feeling the effects since it’s easy to respond from a heart of selfishness). It’s right to be infuriated when we read the news of some wicked person doing unspeakable things to someone else. That makes us angry, and we want to believe God is angry, too. We want to believe in a God of justice who gets mad at evil, and he does! He is so angry at evil and sin that he has clearly stated in the Bible it will by no means go unpunished. This is where the Gospel comes in.

Either we will be punished justly for our sins, or the punishment that Jesus suffered on the cross will be for us. Isaiah 53:5 says, “But he was wounded for our transgressions; he was crushed for our iniquities; upon him was the chastisement that brought us peace, and with his stripes we are healed.” In a sense, anger motivates the Gospel. But, as in Matthew 12, God is not simply fuming that he has been personally offended (even though our sin is an offense against him). That anger is rooted in God’s love and compassion for his people.

In Matthew 12, there are two responses to Jesus’ anger. The Pharisees, the passage says, “…went out and conspired against him, how to destroy him.” Conversely, “…many people followed Jesus, and he healed them all…” In the same way, we can either reject Jesus and his offer of forgiveness to us, resulting in just and eternal punishment for our sin; or, we can embrace the love-founded anger that caused the Father to “crush” Jesus for us, follow him, and receive healing and everlasting life.